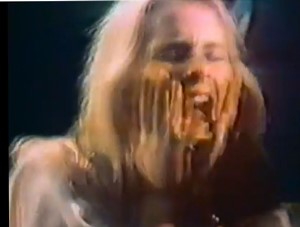 18 May The Indelibility of the Zygote

At the moment of conception of a person or a company, a vision becomes a reality. For the person, the chromosomes split and recombine and that’s it, forever. The zygote has been formed. A totally unique arrangement of DNA now exists that no one who lives or has ever lived possesses (with the exception of identical twins and the possibility of human cloning). Similarly for a company, the combined convictions and commitments of the founders to do things a certain way, the right way in their opinion, forms their founding culture, which can be just as fixed for the long haul.

This initial combination forms the core of one’s being or brand: the intelligence and other talents, the proclivities, the seeds of structural physique. These are internally possessed. Certainly the external forces influence outcomes. The domestic or, for companies, the economic environment with its opportunities, resources, challenges and calls may lead similar companies down different roads, just as it does siblings. But the core remains.

You can learn the truth of this at a reunion. I fully expected a classmate of mine who wrote the greatest sports columns to be doing the same as an adult, writing about sports or something equally exciting. He is now an orthopedic surgeon, but he approaches knee replacement surgery the same way he writes, first with a thorough situation analysis, the build-up prior to a coin toss, and following up with a bit of magic in the clutch. The approach comes from the core of his being, for whatever he does.

Company culture doesn’t change readily because it is forged from strong beliefs in the right way to do things. Those principles become assumptions no one questions, until something doesn’t work. Then change must come. To survive and prosper, companies, like people, must adapt. Companies may change in many superficial ways, but when core values adapt, a change in branding is needed to signal the change. Too often the branding lags behind and the customer base becomes confused or, worse, disappointed.

At MKTX, when we update a brand, we employ something we’ve dubbed Authentic Corporate Expression™ (ACE). This means the brand we develop will reflect the current core values. We dig for that essence, the uniqueness of a company, to express the brand authentically. It won’t be what Apple or Nike looks like, though some clients make that suggestion. It most likely won’t be what the market expects. Your brand will reflect your core values, your culture, your unique style. It may be exposed to audiences who won’t be interested. But it will attract the audience who will love you and make you a success.

There’s a 60-second Pioneer Electronics TV commercial from 1977 that demonstrates the indelibility of the zygote. It expresses how the core persists over time and remains distinct, as well as the ultimate value of being authentic. It’s called “Drummer.”