Making the Most of the Show - Meet the Press - MKTX
2051
post-template-default,single,single-post,postid-2051,single-format-standard,bridge-core-2.3.1,ajax_leftright,page_not_loaded,, vertical_menu_transparency vertical_menu_transparency_on,qode-title-hidden,qode-child-theme-ver-1.0.0,qode-theme-ver-21.7.1,qode-theme-bridge,qode_header_in_grid,wpb-js-composer js-comp-ver-6.2.0,vc_responsive 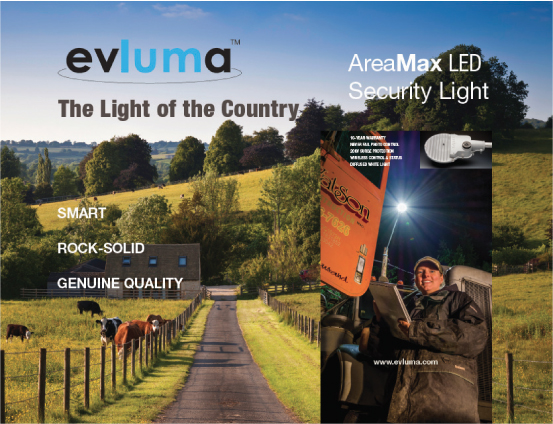 03 Sep Making the Most of the Show – Meet the Press

Posted at 12:02h in MKTX by Bob Patterson

To exhibit or not to exhibit – that’s often a question that sales and marketing teams wrestle with. Trade show real estate is expensive, in addition to travel costs, literature to update, print, and haul, and possibly tchotchkes to give out. Personnel is required to ‘man’ the booth. It all adds up. Often companies measure the value of the experience in terms of sales contacts made and business cards collected. While collecting and distributing new contacts for potential sales is all important, there’s another way to leverage the cost of taking a stand…er booth at a trade show. And that is to create opportunities for your company to meet the press.

In the old days when travel was cheap(er), we used to mount a press tour when we launched a new product. We’d schedule a visit to an editor’s office and do a new product demo specifically for him or her. Then we’d pack up our flipchart and go on to the next editor’s office across the country. That’s not feasible anymore, and unless you’re Apple or Intel, you wouldn’t ask editors to come to you. But, many editors will attend industry trade shows and therein lies the opportunity to meet with the key magazines and influencers who can help you publicize the value of your product or service.

Editors are very busy people and getting busier as more magazines consolidate. They often plan their tradeshow meeting appointments weeks in advance, and are likely to give the highest priority attention to the big fish in your market. How do we get their ear and their time for an at-show meeting? We prepare.

We start by securing a list of media representatives who are likely to attend the show. This can sometimes be done by visiting the show’s website and scanning the exhibitor list for publishers scheduled to exhibit. Their key editors will probably be on site. Sometimes a list of media registered for the show is published. If a list can’t be drummed up easily, and to make sure we haven’t missed the main influencers in our client’s market, we refer to the media list that we maintain for clients which contains the right contact for each major new source that we want to reach.

Next, we identify what interesting news or information our client will be showcasing and we craft teaser emails to entice editors to meet with our client. We start communicating weeks in advance of the show, inviting the editors to schedule some time for a 1:1 at the show.  We may invite them to see a revolutionary new product as we did with Fill-Lite’s new soft lights for cinematographers at this year’s NAB show in Las Vegas and the next month at Cine Gear Expo in Hollywood. Or, we invite them to meet with an opinionated executive who could provide some new insight on a trending issue, as we did when we set up meetings for Cerus Industrial at the AHR Show in Dallas.

With a slate of editor meetings arranged, we prepare briefing documents for our clients’ executives that suggest specific “spins” on the topics of the day that would suit particular opportunities with the individual editor. Sometimes we pull these off the magazine’s editorial calendar or we seek to reinforce (or refute) the view of that particular editor as expressed in recent editorials. The key is to get a dialog going and plan next steps in getting coverage in that media outlet.

And, follow-up is as important as preparation. Each media interaction should result in a specific action item for the PR team to execute a short time after the show. So it’s critical to take notes in the press meeting. It’s useful to have a second representative of the company at each meeting to act as scribe, freeing the main spokesperson to wax eloquent unencumbered by the need to take notes.

For certain industries, with proper planning, the media interactions at one key trade show can result in a whole season of publicity, which may well be worth as much or more to a company’s success than the cost of the space and all the giveaways together – and you still have those business cards that were so eagerly collected!

Brad Hubbard, HVAC Business Developer at Cerus Industrial, made this comment after his involvement as the appointed representative to the press:

“Having editors of widely known publications stop by our booth at AHR not only made it easier to get article and product information placed in future issues, but added visible foot traffic and heightened buzz about our company.”